Seven Things You Probably Don't Know About Me..

And why should you?

Apparently, this game has been running for a couple of years. In its current version, though, Gavin Dudeney, Nik Peachey and Graham Stanley are not completely blameless for keeping it alive.

Rules of the game, taken from Graham's blog:

Here are the rules:

I was very lucky and won a scholarship from my small, ancient grammar school to St. John's College, Cambridge. The headmaster gave me the day off to go and tell my parents the good news. My parents were working- class, unpretentious people and my mother when I excitedly gave her the news said: "People like us don't go to universities." 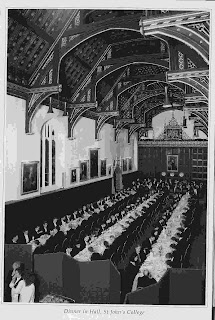 
I celebrated my 21st. birthday at John's, where I was sharing a large set of rooms with two friends. My oldest friend's girlfriend, Ann, came to the party, but had to sleep in a bed and breakfast, because this was in the 1950's and women were still not really invented in male Cambridge. Ann forgot her handbag and had to return to my rooms early in the morning to pick it up to pay for her B&B. Most of us were still in pyjamas.

The next day, since the set of rooms was in my name, I was called to the Dean, a cleric who was also in charge of discipline. "I'm sorry, Newson", he said, " but I've just received this note from the Head Porter. Please forgive the English, it is his, not mine.

"Dear Dean....On the morning of the 17th. September it was my duty to go up the staircase near Mr. Newson's set of rooms and I observed young men in a state of semi-undress and a young lady......In my opinion, Dean, the young lady had spent the night in the rooms of Mr.Newson."

I explained exactly what had happened, and the Dean said: " I must say, Newson, I thought to myself, the young lady might have slept with one of them, but unless she were extraordinarily over-sexed, not with three." 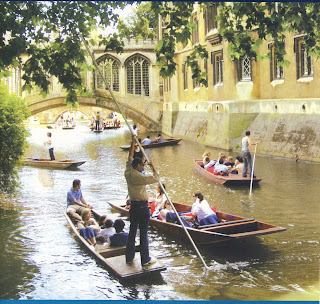 
I was lucky enough to have as my history professor Sir Harry Hinsley, a distinguished academic. Many years after I had left Cambridge, I wrote to Sir Harry because I wanted my present wife to meet this excellent teacher who had so influenced the way I thought. I wrote something like:

'Dear Sir Harry, you won't remember me, but I was friendly with X and Y and Z. I would very much like to visit you and introduce you to my wife......"

He wrote back promptly:

"My dear Douglas, of course I remember you." 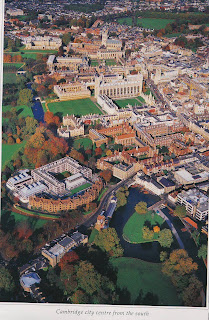 An aerial view of Cambridge

St. John's is a private institution and can make its own rules. As a former student there I have the right to stay three nights a year and take a close relative, which includes a partner. Children under 16 are not allowed. The dons, many of whom live and work in college, do not want their peace disturbed. My wife and I wanted however to take with us my wife's son, my step-son, on a visit when he was just 15. My wife retained her former surname when we were married. Without thinking, I wrote to the college office:

"I would like to book two rooms for three nights. A single room for Mr. Fedrowitz, and a double for myself and Mrs. Fedrowitz." 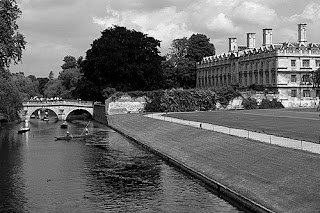 The Backs (the stretch of river behind the colleges)


I did my Post Graduate Diploma in English as a Second Language at Leeds in Peter Streven's department, though he had left it by the time I got there. We did our teaching practice, in February, in Madrid. I became very friendly with the beautiful Barbara. One afternoon we were lying on the side of a mountain above Barco de Avila, near Salamanca. Barbara was interested, in ...me. I went on and on and on to her about ideas I had for my thesis. Barbara, memorably, suddenly said: "You know, Dennis. TEFL is not a religion."


I'm not sure she was right. 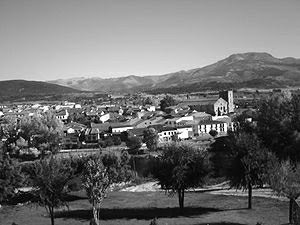 When I was still teaching at Osnabrueck University, I went to visit young friends and their children near Karlsruhe. 8-year-old Gregory, a sociable child, took me to the park to show off his new bicycle and then asked me a question. 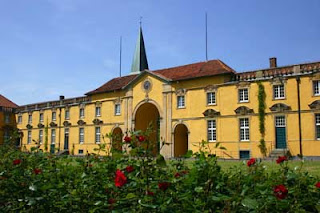 The University of Osnabrueck Can one grow up here?

After retirement I took part in a BC/ELTeCS project for which our team subsequently won an ELTON award. The idea, from a colleague in Tambov, Russia, was very simple. Students from several countries watched copies of the the same films on DVD and discussed them on an electronic list. I was in Las Palmas at a conference when I got a frantic call from BC/ELTeCS London. They were thinking of giving our team one of the the awards, but they could not possibly do so because of one of the links I had put in part of the supporting materials. One of the films we had seen was "My Launderette" and, in the interests of authenticity , one of the main characters had been at one time a member of the National Front, I had put in a link to the National Front's homepage. If we wanted the prize , said the BC, that link had to go! The BC could hardly be expected to host material with a National Front link. I removed the link and we won a prize. 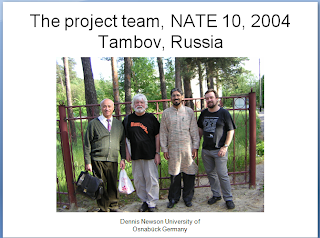 The team: Radislav, Dennis, Amol, Simon
And an extra!

You didn't know I could do this, did you?

My forebears, Dudeney, Peachey, Stanley etc. seem to give a link to their victims - invitees, I mean. I cannot do that because if the members of my guest list have got blogs or homepages I don't know about them. If they join the chain, I hope they will let me know, and I'll amend this blog entry accordingly.

P.S. If anyone knows why some of my images turned old-fashioned black and white when I resized them with IrfanView, do let me know why. They all started off in technicolour. 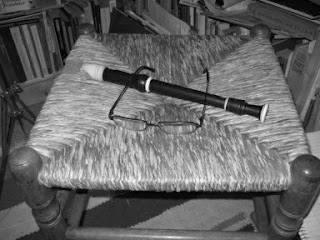